Announcing our first member of the NPO Initiative, Paws in the City!

Pleasure and Pride – What is the NPO Initiative?

Early on, our founder, Joe, knew he wanted to give back to his community. Now that he has established Deepwater Pixel, there’s a means to that end. We’re happy to announce the beginning of our NPO Initiative by adding Paws in the City to the list, first!

Paws in the City is a 501(c)(3) all-volunteer, no-kill organization with the commitment to ending the overpopulation, abuse, and neglect of Dallas/Ft. Worth area dogs. We have no paid staff. 100% of all funds raised goes directly to dogs in need. Their goal is that every adoptable dog gets a loving home.

Why Paws in the City?

The story behind the NPO Initiative actually starts with Paws in the City, long before Joe and his wife Amanda began volunteering with animal shelters and rescues regularly. Growing up in Dallas, Joe had become a regular listener to the best-rated radio show in the 4th largest market in the United States, the Russ Martin Show. The show’s patriarch, Russ Martin, was a man after Joe’s heart — he did and said whatever he wanted, put on a show, and cared about everyone around him more than anyone realized. Chief of all of Russ’ cares were the dogs. Russ would often talk about his dogs on air, recanting tales of their antics and his woes that largely spawned from his great love of them.

One day, Joe noticed that Russ had started talking about his dogs a LOT more, and had begun mentioning dog rescue and how he adopted his animals. This didn’t stand out too much until Russ started bringing dogs INTO the studio, something that was befitting of a personality so large. Who could really stop him if he was bringing rescue dogs up to the studio, anyways?! This struck a chord, as it became apparent that if you do things the right way, you can really affect change in the parts of life you care about most. I immediately loved the dog segments, because it was one of those parts of the show that made you smile no matter what. And you could tell the dogs made Russ happy, evidenced by the treats he kept in the studio for the dogs that came by.

And this leads us to Paws in the City. For most of us in rescue, we do it for the dogs. This was certainly the case for Paws in the City, and their President, Mark Verma. Mark was the one bringing dogs into the studio, and gradually, as is the case for any radio show, was given a character to play. Needless to say, the Treehouse gives Mark a hard time for a few laughs, but he always takes it in stride and stays focused on the dogs. If he wasn’t doing it for the dogs, Mark enduring that abuse wouldn’t make a lick of sense. So, one day, I reached out.

Joe had a crazy idea to rebuild their aging site and host and maintain the site for them, for free. Of course, this was met with a healthy amount of skepticism and general grace by Mark, but that was only the beginning. At the time, Joe was still in the corporate world, working for a small software company. However, that soon changed, and Deepwater Pixel was created. As projects were completed and delivered, clients added to the organization, and infrastructure improvements, the Paws in the City site rebuild took shape. And on September 4, we launched!

Check out their new site!

Well, we hope to grow this program beyond the currently available 2 slots. We want to expand this program to include discretionary funds for advertisement and other services that require payment based on usage, merchandise setup fees, and other financial needs of that nature.

We also plan to launch another member’s rebuilt website in Early 2022, so keep an eye out for that update, as well!

How Can You Help Paws in the City?

You can donate, volunteer, or foster dogs! Here are some helpful links to get you connected to the right folks: 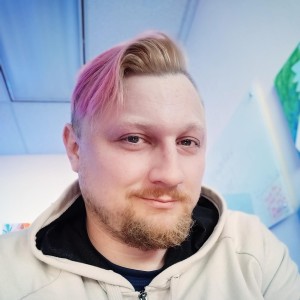 Ready to get out of the deep end?

Sign up to get tips, offers, and more information about building, managing, maintaining, optimizing, and customizing your site.
Back to All Articles